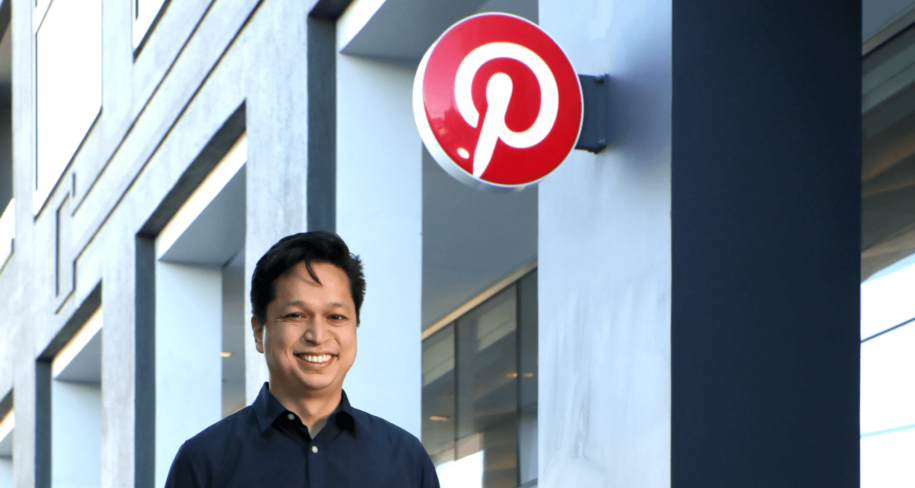 Pinterest, the popular visual discovery tool, is a success story everyone has to hear about. With almost 500 million active users, the platform started as a dream of three people that never gave up. Since its beginnings in 2009, the network has evolved a lot, introducing many features and transforming into the perfect marketing spot for businesses. Before we jump to the mind-blowing statistics business owners need to read, we wanted to talk about who owns Pinterest and how the story began.

A massive platform with 454 million active monthly users, Pinterest is the best spot to search trends and feast your eyes on millions of images. The company has an estimated net worth of $34.94 billion as of 24 September 2021, which only attests to the fact that three innovative people can change the world. But, do you ever wonder, ‘Who’s the owner of this social platform?’

The major investor in the platform is the American venture capital firm named Bessemer Venture Partners. This company owns 13% of the shares and recognized Pinterest’s growth potential very early on. Led by Jeremy Levine, the Bessemer Venture partners learned about this platform in 2011 and soon decided to invest. According to Levine, they’ve been looking to put their money in a user-generated platform with products for almost six years, and when they heard of Pinterest, they knew it might become an even bigger thing than Google.

Benjamin Silbermann is the official Pinterest CEO and one of the three founders. He’s also the second-largest shareholder in the company and owns 11% of the shares. His current net worth is estimated to be around $1.6 billion. The third and fourth-largest investors are companies named Andreessen Horowitz and FirstMark Capital. Each firm owns 10% of the Pinterest shares.

Some of the company’s early investors include big names such as Kevin Hartz, Brian Cohen, Scott Belsky, Fritz Lanman, Jeremy Stoppelman, FirstMark Capital, Hank Vigil, and more. These are the so-called angel investors that provided the sources to create the Pinterest prototype in 2010. FirstMark Capital has been supporting the platform’s founders right from the start. The company provided institutional funding for Tote in early 2009, which was the initial Pinterest-like app that was later completely changed.

Now that we got the numbers out of the way, let’s talk more about the start of this platform, its international expansion, and user growth. Unfortunately, the visual search engine we know and love didn’t have a smooth start. Pinterest might be a mega-popular San Francisco-based social networking platform today, but it was considered a flop when it first came out. The three founders, Ben Silbermann, Evan Sharp, and Paul Sciarra, had a vision but had to work very hard to put it to life.

Silbermann, a Google employee, decided to quit his job at the company and follow his dreams. So he joined forces with his classmate Paul Sciarra and the two founded Cold Brew Labs. They launched a shopping app, Tote; however, it was too advanced because, at that time, e-commerce wasn’t a thing like it is today.

With the help of Evan Sharp, the duo tested and launched Pinterest in December 2009. By the end of 2011, the founders had launched three social media apps, one for iPhone users, iPad users, and a version for non-iPhone users. By 2012, Paul Sciarra left Pinterest to start a consulting job at Andreessen Horowitz, an American venture capital firm and one of the biggest investors in the platform.

During the following years, the image-sharing network noted significant success. But first, in March 2012, Pinterest updated its terms and services, giving up ownership of user content. Until then, the platform had the rights to sell the content of its users, which caused outrage among people.

In 2013, Pinterest signed a deal with Getty Images, allowing its users to get information for photos that belong to Getty. This includes who the photographer is, caption, and much more. Thanks to the contract, people can now share photos from Getty photographers, credit them correctly, without fearing that they can face legal action.

The platform launched a range of useful features during the following years, including Promoted Pins, Guided Search, Custom Categories, Buyable Pins, Pinterest Lens, Idea Pins, Story Pins, etc. All these features are here to customize your search feed, make the experience better, personalize it, and help you monetize your account. Today, Pinterest offers both business and personal accounts for its user base, making it easy for people to choose whether they’ll use it as their go-to image source or a place to grow and promote their business.

Suppose you want to learn how to use Pinterest for business. In that case, these surprising statistics will help you understand the potential of this platform and how you can implement it in your social media marketing strategy:

When did Pinterest start? The extraordinary story of this social network started back in 2009 when the three founders decided to create an image-sharing platform that will also serve as a place for businesses to place their products. Twelve years later, Pinterest has almost half a billion active users, is growing significantly as a go-to marketing spot for businesses, and is a more frequent shopping platform for users.

Although monetizing an account wasn’t really a thing during the first few years of existence, the network focused on releasing features that would make purchasing within the app as easy as possible. The recent business statistics we shared should be reasons good enough for you to take your business to Pinterest and focus your attention on crafting a successful marketing strategy.